Our mission at FHS includes fostering a vibrant community, so we welcome people of all ages, races, religions and political creeds. But there’s also another kind of variety we nurture that supports the musical part of our mission.

When I was a kid there was a neighborhood softball game on summer evenings around the corner from my house. Children who lived at the end of a cul-de-sac started hitting a ball, and pretty soon enough people were showing up to make two complete teams.

I was a pretty feeble player. There were a bunch of kids around my age, upper elementary school, and a few teenagers and some little kids. We all got to play, we all got to bat, and every once in a while I did something useful.

And even though I pretty much hated PE at school, I scrambled to get the dinner dishes done on time to get over to that game all summer. There were no adult supervisors – only a teenaged guy whose name I never learned who encouraged whoever needed it and made sure the little guys (and I, sometimes) got a second chance. There were no tryouts, no separating us by size or skill levels. No benching for failures. Just a motley bunch of kids having fun.

What little athletic ability I developed as a child happened during those summers. But what I witnessed was more important – how a bunch of people whose physical skills, cognitive abilities and varied ways of showing up came together and created something that brought out the best in everyone.

That’s what we do at FHS. We do have different levels for some instruments, but within each level there’s a range of strengths and weaknesses. My Guitar 1 classes usually include some people who’ve had instruments for years and have dabbled with different styles of music, mixed with one or two who’ve never touched the instrument or who tried and just couldn’t seem to do it. Together with a few people who are taking the class again to firm up what they learned last time.

So, for every skill one person has, there’s usually someone more accomplished and someone less far along. And every question, every challenge a person has can benefit anyone who’s interested and paying attention. Sometimes a little patience is required; sometimes a student finds out what a pleasure it is to help someone who’s struggling, or to be helped by someone who’s there to learn, too.

After class, our Second Half is one big jam where all the instruments and levels get together. We might all be playing the Crawdad Song, but some are strumming on the beat and concentrating hard on the chord changes, some are doing bass runs or finger picking, others might put a capo on the guitar and use chord shapes from a different key and sing harmony. Some students give their fingers a rest and sing, or just listen.

On the one hand, ears are getting trained and tuned, rhythm is sinking in, fingers are getting stronger. On the other, it’s just a bunch of people having fun, picking up whatever comes next for each one of them in one another’s company, playing whatever instrument lights them up. 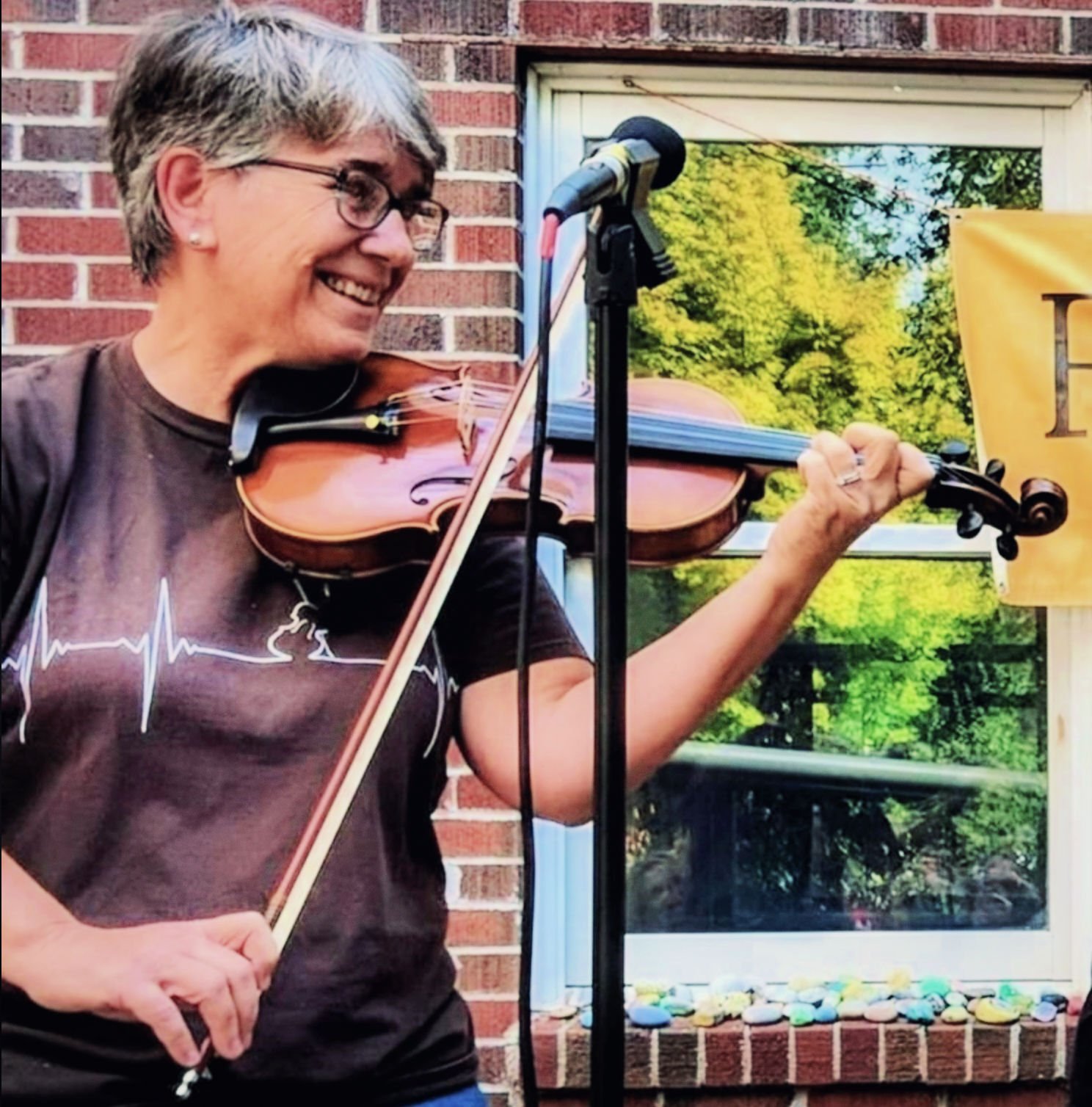